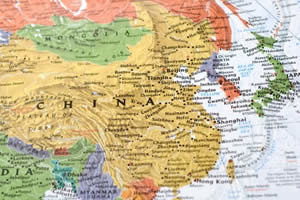 Major parts of Asia are becoming more technological savvy, more industrialized, catching up to the rest of the world and now offering many economic and employment opportunities that rival that of the United States and other European countries. Some Asian countries, however, such as Thailand, the Philippines, Malaysia and Vietnam are facing slower growth. Throughout Asia there are pockets of economic success and economic turmoil.

Some of the world’s top professionals find high-paying and rewarding careers in Asia, while there are others who are facing turmoil, poor working conditions and very low pay.  In addition to the Asian countries, nearby Pacific Rim countries of New Zealand and Australia also provide more opportunities in the region. Types of jobs include:

Many of these countries also are hiring teachers who are able to teach English as a second language.

Those looking to work in Asian countries can succeed by with a diverse educational background. Those with Bachelor’s, Master’s or Doctorate degrees, along with international business, international relations and diverse language skills will become more valuable to Asian employers. Those who can speak mandarin (China), Nihongo , (Japan), Hindi (India), Hangungmal (Korean) and Persian or Arabic could have greatly enhance job prospects.

In addition to a formal education, one who is well-versed in the cultures of various Asian cities and villages will make the easiest transition and become the most valuable to Asian corporations hiring American workers.

Salaries vary greatly pending on country, profession and careers. Jobs in modernized countries such as Japan, parts of China, and India pay equal to or more than similar positions in the United States. Others pay much less, which is why they are outsourced to these countries. Jobs in less developed countries (Philippines, Malaysia) pay much less, and low wages along with poor conditions cam make these hard places to live. 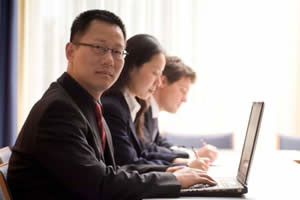 Research each company and opportunity to find out about wages compared to cost of living when considering Asian jobs.

Asian countries offer a variety of challenges and opportunities. Those seeking international business opportunities can find Asian countries that consistently do business with Americans and hire Americans. In addition to education and training a firm understanding of the Asian culture and a grasp of the many different languages can lead to successfully finding jobs in Asia.

Here are resources for jobs in Asia:

NEXT PAGE: Learn About Biotech Employment