Careers in the Video Game Industry

The video game industry is booming and new technology and developments is creating competition – and more job opportunities than ever before. In fact, according to the Entertainment Software Associations (ESA) sales of computer and video game software reached $23.5 billion in 2015.

But just because you are a gamer doesn’t mean you will find success in this industry. Those with the right skills are needed to fit some pretty technical positions. Okay, let’s face it, working in the video game industry still can be pretty cool and those in the industry have jobs like these:

According to one video game industry guru, the top locations for employment in the video game industry is Los Angeles, San Francisco, Seattle, and Austin, Texas. Some of the most well-known employers in the industry are Epic Games, Blizzard Entertainment, EverQuest, and EA Games. Keep in mind, however, video games are not just played on the popular gaming systems we are all familiar with. There are jobs with software companies such as Sony Online Entertainment, Disney Interactive Studios, Microsoft Corporation, and 505 Games, for example. Other popular companies include Nintendo of America, Inc., Konami Digital Entertainment, Sony Online Entertainment, and MTV Games, among others. There are jobs within the industry too, such as being a video game reviewer or working for an industry publication, such as Game Informer magazine. 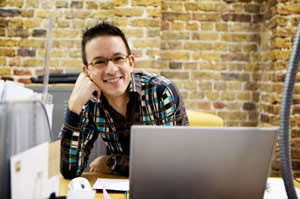 There are a wide variety of skill sets one needs to work in the video game industry. A Bachelor’s Degree is highly recommended and likely required for most industry positions. For example, an artist should have experience with Illustrator, Photoshop, 3D Studio – and so on. A programmer should have a complete understanding of programming language and a game designer, for example, should have not only the technical skills (3D Studio Max) but strong writing skills. There are also people needed on the creative side to create artwork for the video game packages and sales, marketing, and public relations sides to sell, market, and promote the games. As games become more advanced and technology changes, so will the needs of those who are creating video games. One industry expert says today’s workers need a demo, either from an accredited video game industry training program, or one created on your own. A good demo is what can launch a career in this industry.

The entertainment industry is hot, and people of all levels, from young kids to those over 50, enjoy the entertainment provided through playing video games. As technology continues to advance, the games we play will only get better and better. From role-playing to computers to sports, adventure and online, the gaming industry should continue to provide a variety of good-paying and rewarding job opportunities now and well into the future.