The science, research and development industry is booming and job openings are plentiful – and pay well – for those with the right education, training and experience. One of the hottest is nanotechnology, which according to the Bureau of Labor Statistics (BLS) is the study of new structures roughly on the same scale as individual atoms, or one millionth of a millimeter. 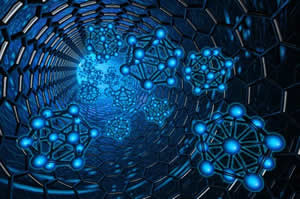 According to the National Nanotechnology Initiative (nano.gov), “nanotechnology is the understanding and control of matter at dimensions between approximately 1 and 100 nanometers, where unique phenomena enable novel applications. Encompassing nanoscale science, engineering, and technology, nanotechnology involves imaging, measuring, modeling, and manipulating matter at this length scale.”

Those in the nanotech industry could find themselves working on DNA tagging, for example. Nanotech workers also create computer chips for cell phones or laptops, nanoscopic switches for electronics, or small lasers for communications equipment, according to the BLS. Nanotechnology can be applied to improve energy efficiency, environmental concerns, medicine, transportation and technology.

Those with nanotech backgrounds can find jobs in these industries and professions:

According to the National Nanotechnology Initiative (nano.gov), 2 million nanotechnology workers will be needed 2015. Research and development work is at an all-time high and public and private companies, as well as the federal government, spend billions of dollars each year on research and development in the sciences industry. According to the BLS, most workers in this industry can be found working in California, Massachusetts, New York, New Jersey, Pennsylvania, Maryland and Illinois.

Colleges and universities across the country provide a variety of educational opportunities that can lead to careers in nanotechnology. Types of education and training that can lead to careers in nanotechnology include a Bachelor’s Degree in biomolecular Nanotechnology from Arizona State University, studying at Penn State University through its Nanofabrication facility, or through programs at Rensselaer Polytechnic Institute, one of the top learning institutions in the nation. Others may pursue a Master’s degree in Engineering, Mathematics or Science to break into the field. There are national organizations to assist those aspiring to work in nanotechnology, such as the American Association for the Advancement of Science, Albany Nanotech Careers and the American Institute of Physicists, for example. 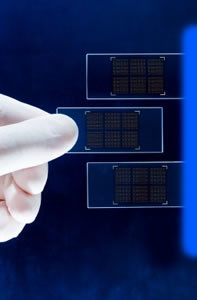 Many workers in this industry have Masters Degrees or even Doctorates.

According to a compensation survey by Small Times Magazine, the average nanotechnology salary is around $98,978 in the United States. According to information provided by a College of Nanoscale Science and Engineering salaries in this industry can range from $40,000 to $200,000 pending on location, job, role and company.

Nanotechnology is one of the hottest fields in the world. Those working in the field have advanced education and are highly-skilled. Jobs are being created throughout the United States and there is a shortage of workers in this fast-growing field that is on the cutting edge of some big developments.

Here are our favorite resources for Nanotechnology Industry Jobs:

NEXT PAGE: Learn about Careers in Nursing